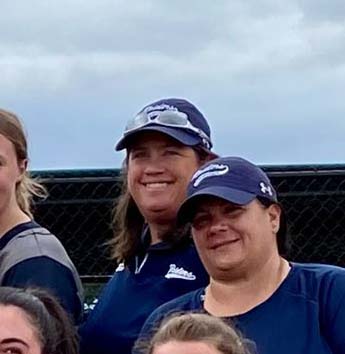 Lisa McGloin is the Head Coach at Concord-Carlisle HS. In her eleven years at Concord-Carlisle, her team has 229 wins and 29 losses, is 182-6 in the Dual County League, has won ten Dual County Championships, won the North Sectional Champions of Massachusetts on six occasions and appeared in six state semi-final games. Lisa was selected Boston Globe Coach of the Year in Division II in 2003 and the Lowell Sun Coach of the Year in 2009.

Lisa McGloin founded the Raiders in 1990. The first two Raiders teams she coached won the ASA states and regionals, qualifying for the ASA Nationals. She took time off from 1992-1995 to attend Northeastern University Law School and restarted the program in 1996. The Raiders’ have two top twenty finishes at PONY Nationals (2002,2003) and a 9th place finish in 2004. Under her leadership, the program has grown from one 18U team to six teams ages 11- 23 in the past six years with her 18U Gold team finishing second in the Region 1 ASA National Qualifier in 2008 & 2009.

In her playing career, Lisa was the starting catcher for Bishop Fenwick High School, and went on to play at the University of North Carolina where she was the four year starting catcher, setting the school record for fielding percentage. After graduating from college, Coach McGloin played on various women’s travel ball teams, winning an ASA National Title and ASA World National Title in 1993. She is a three time ASA All-American as a catcher.