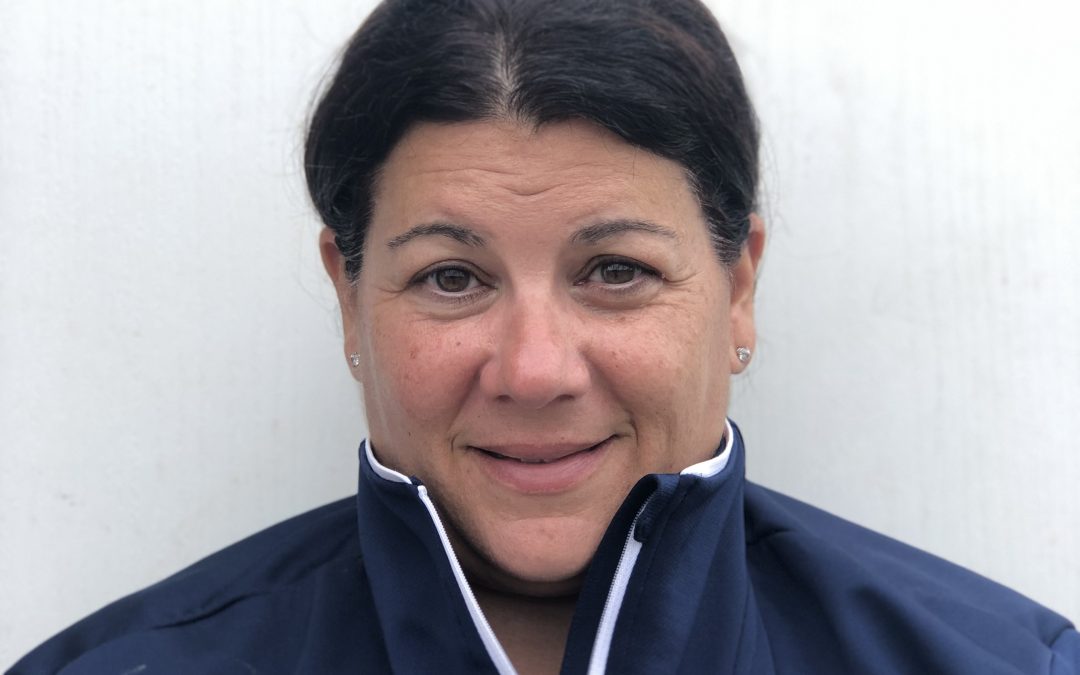 Tara Petrocelli-McGloin became the Regis College Pride’s first full-time softball coach in December, 2017.
Petrocelli-McGloin currently serves as the head coach of the 18U Raiders-Petrocelli Softball team in Concord, Mass, a position she has held since 2004. Countless players under her tutelage have gone to play collegiately at all levels.

Petrocelli-McGloin went to Regis after a successful two-year stint as assistant coach at Division II Merrimack College which included a 35-win campaign in 2017, the most victories for the school in 13 years. Merrimack reached its 14th NCAA Tournament, qualifying as the sixth seed out of the East Region. The Warriors won twice during the national tournament to reach the subregional final, knocking off nationally ranked and third-seeded Caldwell University in an elimination game.

Over her two seasons at Merrimack, Petrocelli-McGloin coached 11 all-league selections, four all-region student-athletes and the program’s first academic All-American in 22 years.
Prior to Merrimack, Petrocelli-McGloin had a tremendously successful career as head coach at Danvers High School in Danvers, Mass. During her 11 years at Danvers from 2004-15, she amassed an impressive 198-42 record, coaching her team to nine Northeast Conference Titles and 11 MIAA Tournament berths and advancing four times to the regional semifinals. For her efforts, she was twice named Salem News Coach of the Year and was a four-time conference coach of the year selection.
Petrocelli-McGloin was also a four-year letter-winner and third baseman at Anna Maria College where she graduated with a degree in criminal justice.